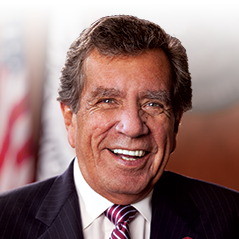 As the Tribal Chairman for nearly 30 years, Richard M. Milanovich has an extraordinary legacy. He served on the Tribal Council since 1978 and became Tribal Chairman in 1984. He was the inspirational leader of his people for over three decades and his stature among Native Indian Tribes across the country and within the halls of power in state and federal government is inestimable.

Once in a lifetime comes a leader who demonstrates the character of true greatness – courage, humility and selflessness. Richard M. Milanovich, Tribal Chairman of the Agua Caliente Band of Cahuilla Indians, was that kind of leader. He had the courage to take a stand against opposition in Washington D.C and fight for all Native Americans. He possessed the humility to understand that his leadership was the legacy of his ancestors; and he took selfless risks that had inherent perils for potentially significant rewards for his people. "I don't do what I do for recognition; the satisfaction I get is more than sufficient knowing I had a hand in meaningful decisions that have been good for the Tribal members and the community," he has stated.

In addition to his duties as Tribal Chairman, Mr. Milanovich dedicated his time and energy to other worthy causes. He served as Chairman of the Advisory Committee to the Office of Special Trustee for the U.S. Department of Interior, which oversees the federal government's fiduciary responsibilities to manage Tribal trust funds. In 2004, he was appointed to the Native American Stewardship Committee for the prestigious Autry National Center. He also served as member of the Bureau of Land Management's California Desert Advisory Council and the Native American Heritage Commission.

Richard M. Milanovich served in the United States Army from 1960 to 1963. In 1994, Mr. Milanovich returned to school to fulfill a life-long ambition to secure his college degree and received a Bachelor of Science in Business and Management from the University of Redland in 1996. 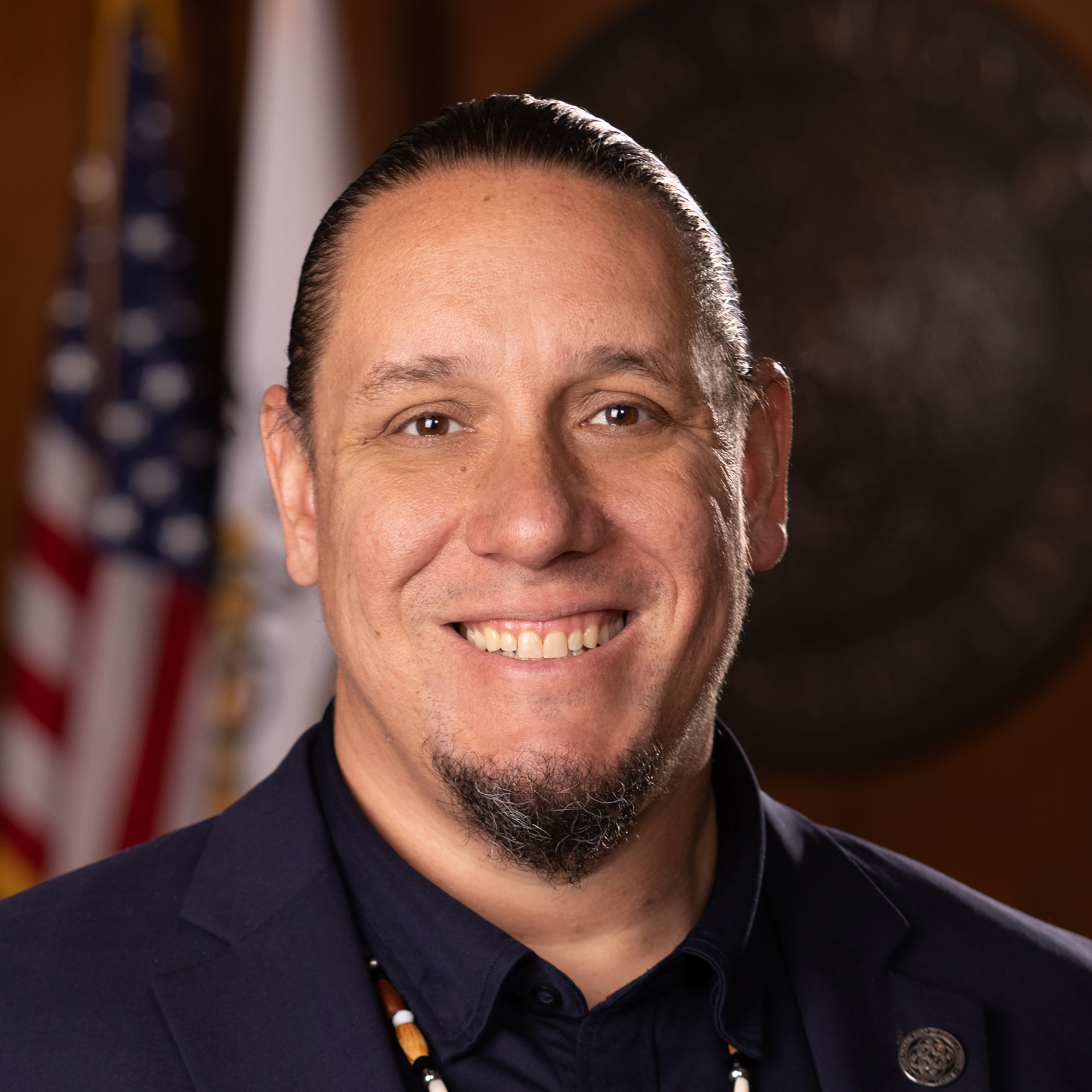 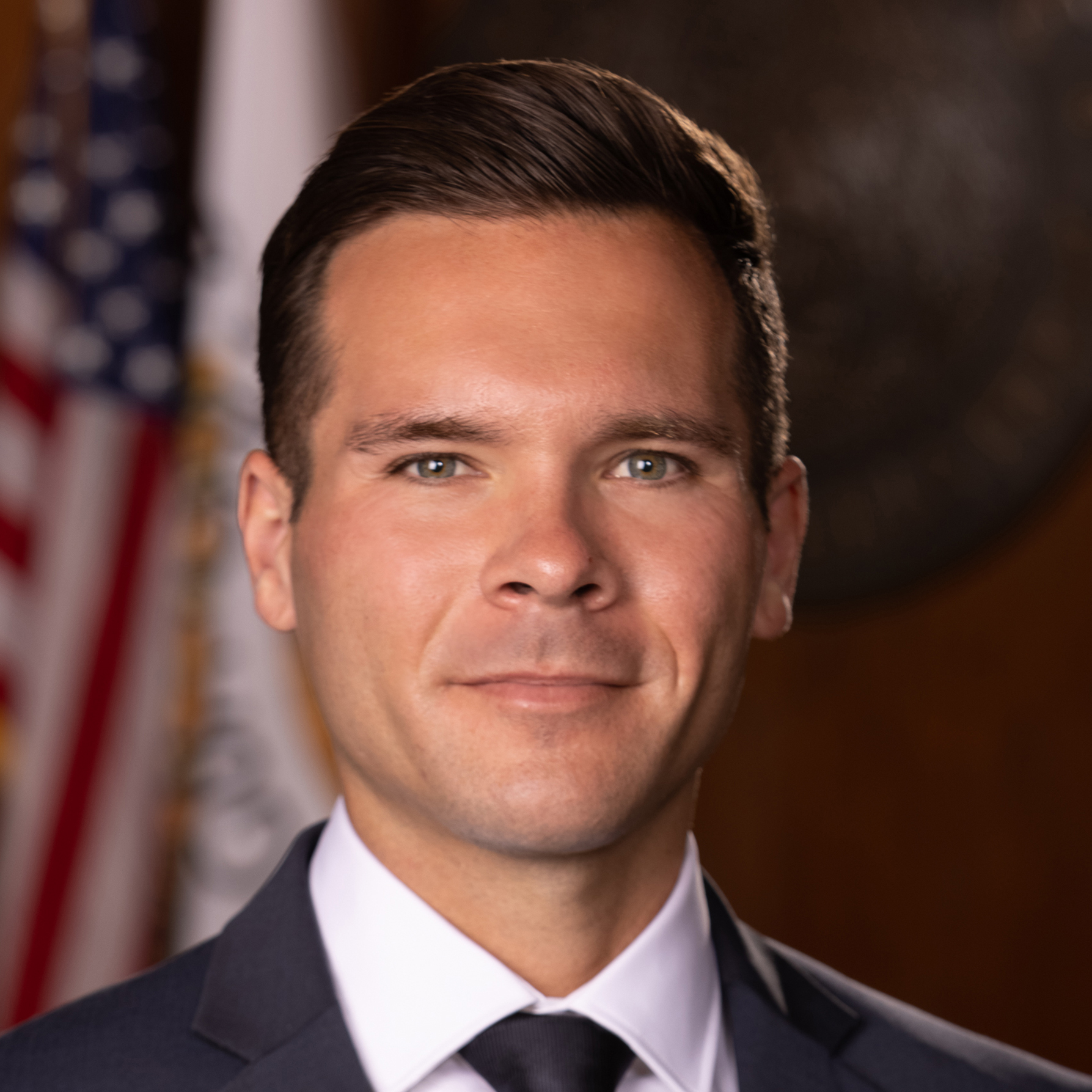 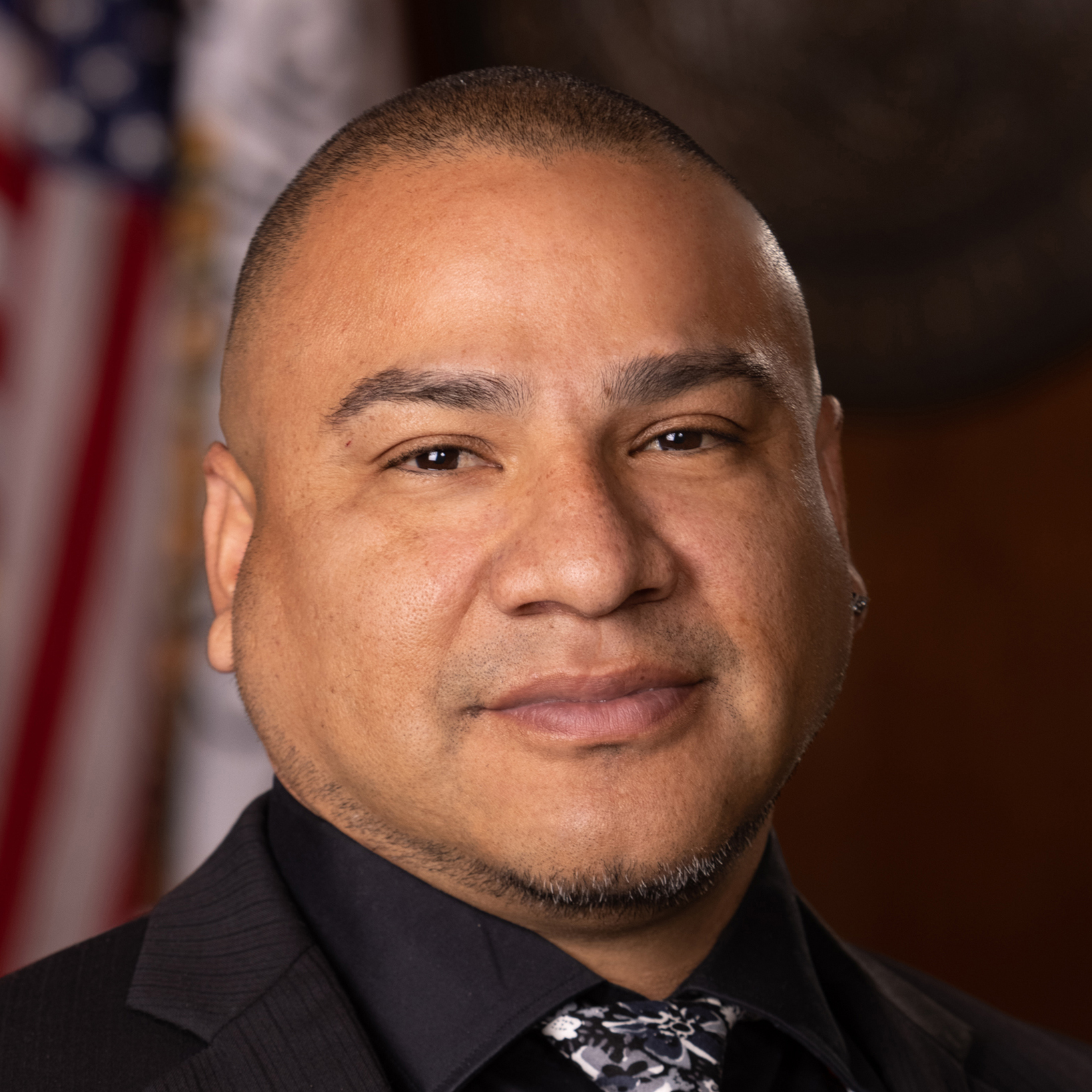 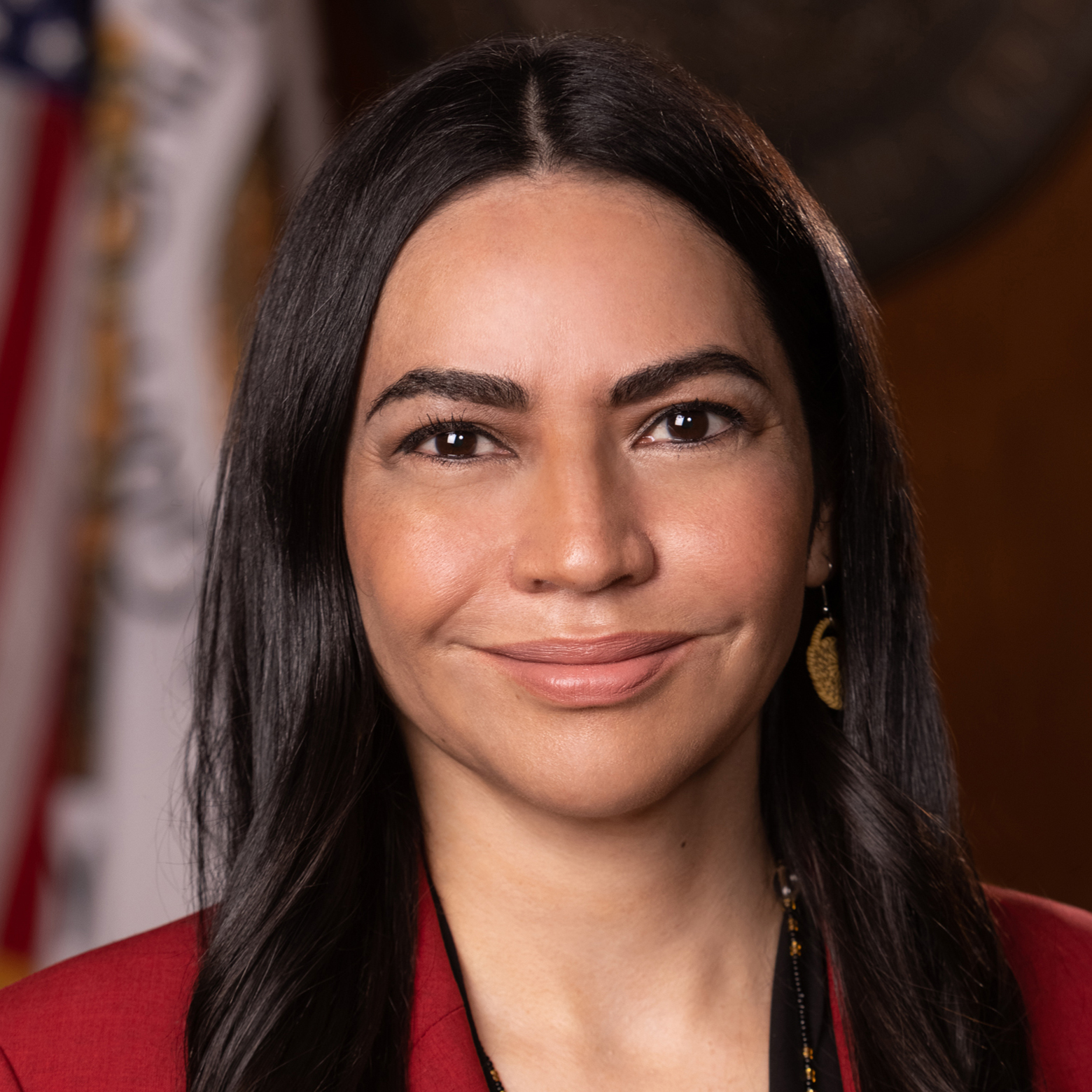 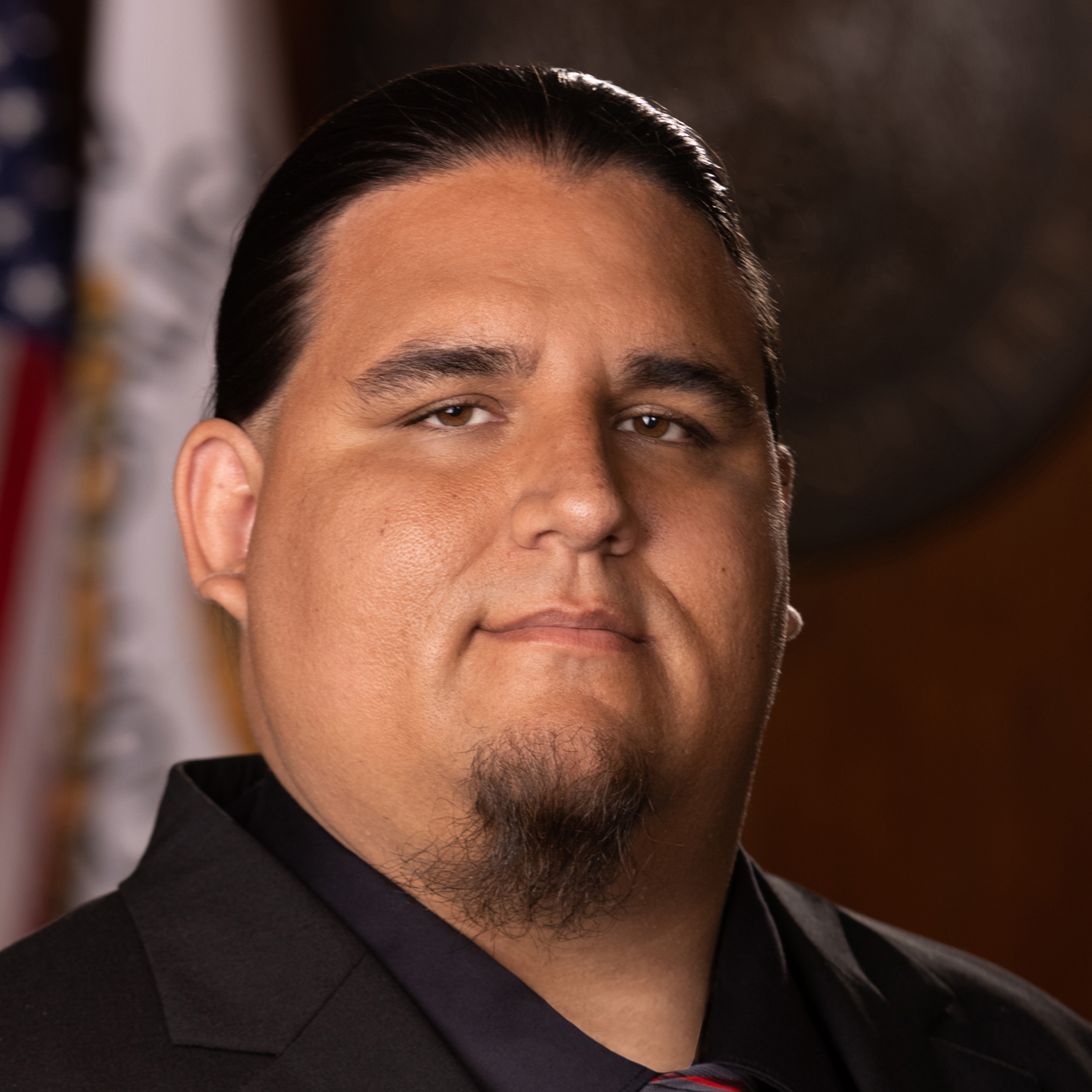 Jeff L. Grubbe serves as Tribal Chairman for the Agua Caliente Band of Cahuilla Indians. With his election in 2006 to the Tribal Council, Chairman Grubbe continues a legacy of service and follows in his grandfather Lawrence Pierce's footsteps, who also once served on the Tribal Council. Grubbe was appointed as Chairman in 2012 and won election to the seat later that same year. Prior to his service on the Tribal Council, Grubbe worked as a data entry clerk in the Trust Enforcement Support Activities (TESA) department for the Bureau of Indian Affairs.

His work for the Tribe has spanned many years. In 1999, Mr. Grubbe entered Spa Resort Casino (now the Agua Caliente Casino Palm Springs), tribal intern program where he worked in the casino as a table games shift manager. His experience eventually led to his involvement in other Tribal service including the Agua Caliente Child Development Committee, the Agua Caliente Election Board, the Gaming Commission, and the Tribal Building Committee. Chairman Grubbe later joined the Agua Caliente Development Authority (ACDA) and has been involved with the authority since 2003. He continues to serve as the Tribal Council Liaison. He also serves on the Executive Board of the Coachella Valley Association of Governments.

Grubbe earned his Bachelor's degree in Information Systems from the University of Redlands. He also has an associate arts degree from Haskell Indian Nations University.

Mr. Milanovich was named as one of Palm Springs Life's 40 Under 40, a group of impressive young professionals with promise to achieve greatness in the Coachella Valley. In addition, he was also recognized by The National Center for American Indian Enterprise Development with a Native 40 under 40 Award.

Prior to his service on Council, Mr. Milanovich served as a Tribal Council Proxy in 2013 and served for more than two years on the Tribe's Scholarship Committee. In addition, he served for two years on the Board of Directors for the Agua Caliente Cultural Museum. Mr. Milanovich earned his Bachelor's degree in Political Science from California Baptist University and resides in Palm Springs.

Mr. Milanovich's father, Richard M. Milanovich, served as Tribal Chairman for 28 years until his passing in 2012.

With his election to Tribal Council, first in 2007 and once again in 2009, Vincent Gonzales III is the next generation of Tribal leaders from the Kawasict Clan. Mr. Gonzales is the great grandson of John Joseph Patencio, the last ceremonial bird singer. His goal is to follow his elder family members that have held Tribal Council positions in the past, including Priscilla Patencio, Barbara Gonzales Lyons, and father Vincent Gonzales Jr., all of whom have dedicated their time and efforts to better the Tribe and its future.

Since the age of 16, Mr. Gonzales has worked in Tribal operations, and has served Tribal Members as a proxy to the Tribal Council. He has also worked for the Trust Enforcement Support Activities (TESA) department for the Bureau of Indian Affairs. In addition, he has an associate's degree in Museum Studies from the Institute of American Indian Arts, and a Bachelor's degree in Information Technology from the University of Redlands.

Jessica Norte is from the Kauisiktem (People Of The Fox) Clan, the daughter of Vincent Gonzales Jr. and the granddaughter of Priscilla Patencio Gonzales. With her election to the Tribal Council in 2020, Tribal Council Member Jessica Norte builds upon four previous terms serving on Tribal Council. She has also served the Tribe in many other capacities, including as Proxy to the Tribal Council, Vice-Chairman of the Election Committee, Chairman of the Agua Caliente Cultural Preservation Committee, Chairman of the Indian Planning Commission, Board Member of the Agua Caliente Development Authority and Tribal Gaming Commissioner. In addition, she has also served on the NMAI's (National Museum Of The American Indian) National Council. Mrs. Norte is a graduate of Palm Springs High School and earned her Associate's degree from Haskell Indian Nations University and earned a Bachelor's degree in Political Science from the University of Kansas.

After college graduation, Mrs. Norte entered the intern management program at the Spa Resort Casino (now the Agua Caliente Casino Palm Springs), and was promoted to Floor Supervisor in table games, and later to Casino Host.

Being a member of the Agua Caliente Band of Cahuilla Indians means that I belong to not only my family, but I belong to my Tribe. We rejoice when we have a birth, we grieve when we lose a member, we stand by each other as we weather the storms and, in the end, we prevail like generations before us have and like generations after us will.

ohn R. Preckwinkle III serves as a Tribal Council member, and was first elected in Spring 2021. Prior to his service on the Tribal Council, he spent more than a decade serving on Tribal committees.

Mr. Preckwinkle, a bird singer, is from the Kawisiktem clan (Patencio family), which originally dwelled in Tahquitz Canyon. He grew up in Northern California and moved to Rancho Cucamonga at the age of 18 to attend the Universal Technical Institute, a technical trade school for automotive mechanics. Upon completion of the 51-week program, he invested in an additional 15-week program specializing in Ford automotive. From there, he moved to Palm Springs to fulfill his dream of one day living on the Agua Caliente Indian Reservation. He continued his love of learning once in the Coachella Valley by taking additional college courses and then ultimately serving on various Tribal committees.

He is a passionate culture keeper who was first introduced to bird singing at the age of 14 through listening and studying recordings from his great grandfather John Joseph Patencio. When he first started bird singing, he borrowed a gourd rattle until he was gifted a rattle and was eventually taught how to make them. By the age of 19, he had made his first gourd rattle and has made dozens since.

From there, I began learning as much as I could from different head singers about songs and protocols for bird singing." Mr. Preckwinkle said. "This also led me to start learning the Cahuilla language and joining the cultural preservation committee. The committee and bird singing opened up opportunities for me to meet other teachers from the entire community, which helped us strengthen the opportunities for classes we have available to Tribal Members today.